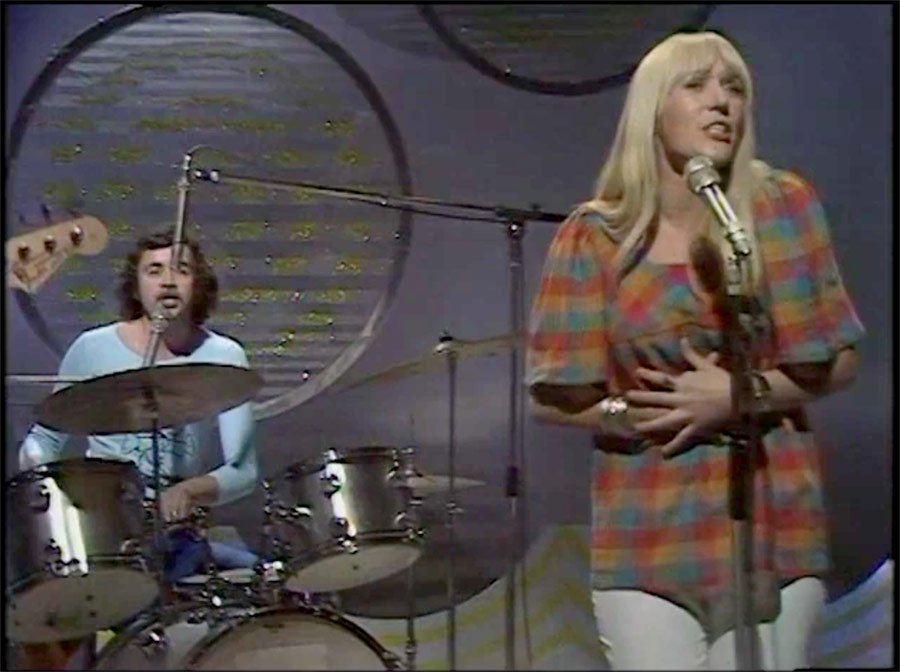 This excerpt from the Basil Brush Show on the BBC is a live performance of Sacramento, a Wonderful Town, by Middle of the Road with Sally Carr, Ken Andrew, Eric McCredie and Ian McCredie. They really enjoyed this without having to listen to the pre-recorded material through monitors in the studio, as with mimed appearances. This recording was at the height of their popularity and there were smiles all round.

During the 1970s it was unusual for TV channels to take the time to rehearse and produce live performances for many of the Pop groups of the period, leaving un-informed critics the opportunity to condemn these groups as incompetent performers using mimed presentations. That’s not to say there were no times when the band wished that they had opted to mime. Some TV Channels were very lax with rehearsals. A bad mix can make a good performance seem bad.